Another AT section is in the books for NWES. This year, we completed the northeastern half of the Great Smoky Mountains National Park, from Clingman’s Dome to Hot Springs, NC, a trek of 75.4 miles this year. While this trail was only slightly less rugged than last year, there are some moderately challenging elevation changes such as the descent into Davenport Gap, a loss of almost 3,000 feet.

The trek was not without incident. We had several discussions with the park rangers when our two crews of 8 camped together for two nights because of a storm. As you may be aware, GSMNP is one of two places on the AT that require permits and have significant rules, such as no groups more than 8 hikers. I can tell you from personal experience that you should follow the park rules to the letter or you will get into trouble. While our fast crew was able to finish the park, our slow crew was diverted one day from completing the park. We were reunited the next day and put in at Max Patch, a beautiful high bald with a tremendous view. We were able to finish out our trek in three days at Hot Springs, NC, where we took a much deserved zero day after 9 days on the trail. 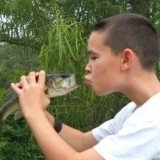